Электронный журнал Oil.Эксперт
Price forecast from 11 to 15 of October 2021 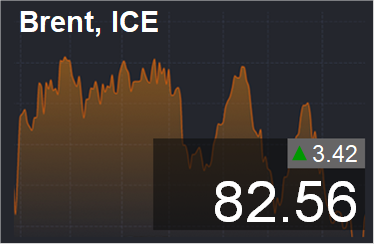 The conspirators, namely the OPEC cartel and the sympathizers who joined it under the “plus sign”, closed ranks and said their firm «no» to the American and European aggressors who are demanding to increase oil production beyond all measure. There will be no doubling of production growth. As they planned to increase the volume of the fountain by 400 thousand barrels per day every month, they will continue to do so.

And at this time in Europe, people remember the old occupation of crusaders, and namely knitting. Not everyone will be able to pay for the utility bills this winter in Londons and Parises. They will have to freeze. The German pharmaceutical concern Bayer, which produces tons of aspirin, is especially pleased with such a development of events. If people freeze, they will be ill. So, ordinary citizens are left with anxiety to look at the gas quotes, which have grown tenfold.

Gazprom has lifted in spirits and promises to index salaries. Meanwhile, the countries of the Persian Gulf are preparing to colonize resource-intensive planets, satellites and asteroids. As they say, everyone has their own plans and tasks. But so far all exporters are doing very well and such prosperity will clearly last until the end of winter.

Egypt buys milling wheat by tenders at $ 320 per ton. However, it does not mind the $ 30 freight. And people can be understood, they want to eat. Demand for food remains moderately high, while there is no talk of any global shortfall at the moment.

The rise in food prices, according to statistics maintained by the UN, has become the strongest in the last 10 years. There is nothing to be surprised at. If the central banks of developed countries as these countries call themselves, although there are certain doubts on it: anyway, if developed countries continue to print money, the poor will wash less and spend more of their modest income on food. On the other hand, households will be squeezed by the payment for utilities (electricity, gas, heating, water). As a result, the demand for durable goods will fall, and we will get a full-fledged crisis of overproduction of all kinds of electric scooters, egg containers with a Wi-Fi block and fitness bands.

The USDA report will be released on the 12th. It is unlikely that we will face strong adjustments in terms of gross collection. It is worth paying attention once again to the volumes of corn and soybeans. There is a strong belief that these two crops, plus barley, will do well in providing feed for livestock and poultry. Awareness of this fact can force wheat to stop growing closer to November.

The ruble has not shone like that for a long time. Oil may still hit $ 88.00 per barrel before it starts correcting. Thus, the national currency has more time to visit the 70.00 mark before the fairy tale ends.

Why should the beautiful today be dark tomorrow? Because the Americans are pressing. Plans are ripening in the old heads of the congressmen to take Moscow through an economic blockade. Russian bonds are actively dumping, as evidenced by the RGBI index. If this continues, the ruble will become a direct projection of oil, and it will not always go up.

We are looking at the volumes of open interest in Brent. You should take into account that this is data from three days ago (for Tuesday of the past week), it is also the most recent of those published by the ICE exchange.

Over the past week, the difference between long and short positions of managers decreased by 7.4 thousand contracts. We see that sellers enter the market, thus, the current price growth is not supported by speculators and the market is becoming thinner.

Growth scenario: considering the October futures, the expiration date is October 29. While it is impossible to deny the possibility of a move to 88.00. We keep longs.

Fall scenario: do not sell. Only when approaching 88.00 it makes sense to enter short. 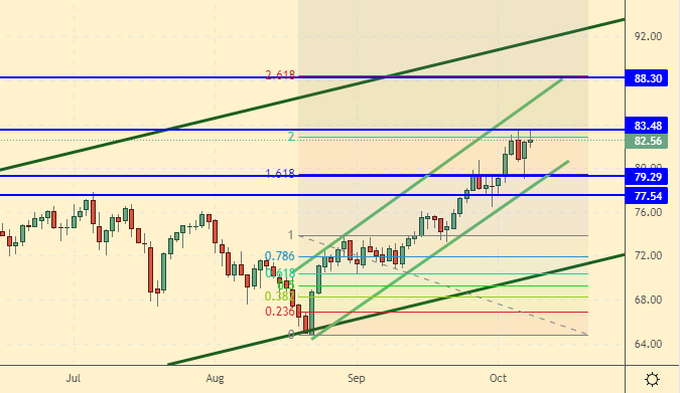 Fundamental US data: the number of active drilling rigs increased by 5 units and reached 433 units.

We are looking at the volumes of open interest in WTI. You should take into account that this is data from three days ago (for Tuesday of the past week), it is also the most recent of those published by the ICE exchange.

Over the past week, the difference between long and short positions of managers increased by 20.2 thousand contracts. In contrast to Brent in WTI, we see the strengthening of the bulls’ positions. The chances of reaching the 84.20 level can be regarded as high.

Growth scenario: considering the November futures, the expiration date is October 20. The market continues to grow. Let’s not bother him. We stand in longs.

Fall scenario: sell only when the market approaches 84.00. Note that the oil market is close to its technical highs. 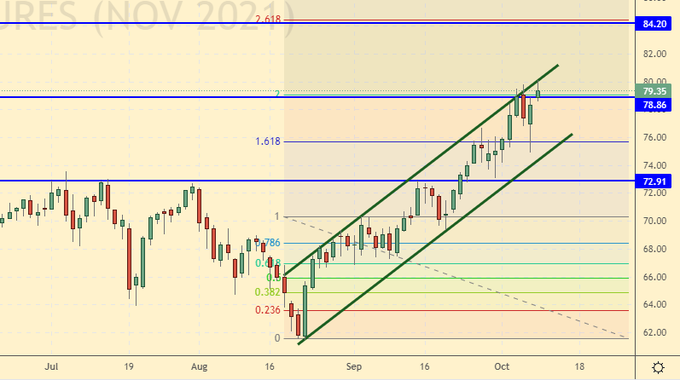 Growth scenario: considering November futures, expiration date November 11. We do not purchase. The market is not visible above 750.0.

Sell: after touching 740.0, wait for a long red candlestick and sell. 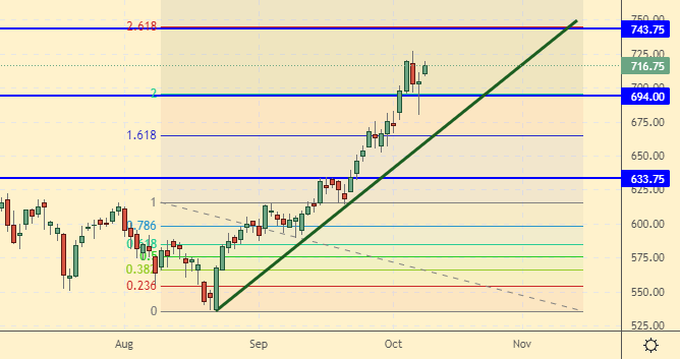 Growth scenario: considering the November futures, the expiration date is October 27. If we roll back to 5.100 we can purchase. Buying at current levels is perceived as overpriced.

Fall scenario: we do not enter short. The market is capable of reaching 8.777 on strong gas demand ahead of the winter months.

We are looking at the volumes of open interest of wheat managers. You should take into account that this is data from three days ago (for Tuesday of the past week), it is also the most recent one that is published by the CME Group.

Over the past week, the difference between long and short positions of managers increased by 17.5 thousand contracts. In fact, we see that active purchases of speculators could not disperse the market.

Fall scenario: we will not sell yet. We take a break. 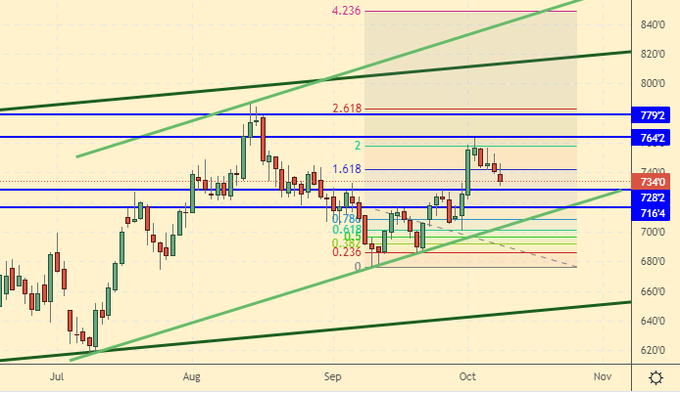 We are looking at the volumes of open interest of corn managers. You should take into account that this is data from three days ago (for Tuesday of the past week), it is also the most recent one that is published by the CME Group.

Оver the past week, the difference between long and short positions of managers increased by 8.6 thousand contracts. The market situation is balanced. Bets are placed on both growth and fall.

Growth scenario: considering the December futures, the expiration date is December 14. We keep our previous “purchase” recommendation in case of growth above 558.0. In addition, you can purchase now, but set the stop order close.

Fall scenario: in the current situation, it is impossible to exclude the development of events downward. Those who are interested can sell at the current levels. 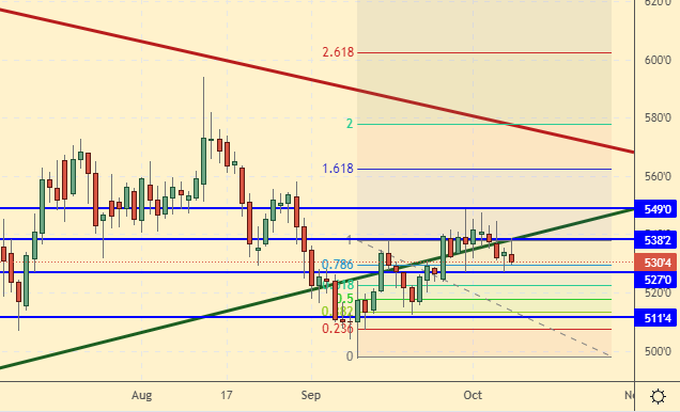 Growth scenario: considering November futures, expiration date November 12. We do not purchase. Most likely, after the release of the USDA report on the 12th, the market will continue to fall.

Fall scenario: hold the shorts. Moreover, here you can add to the previously opened positions. 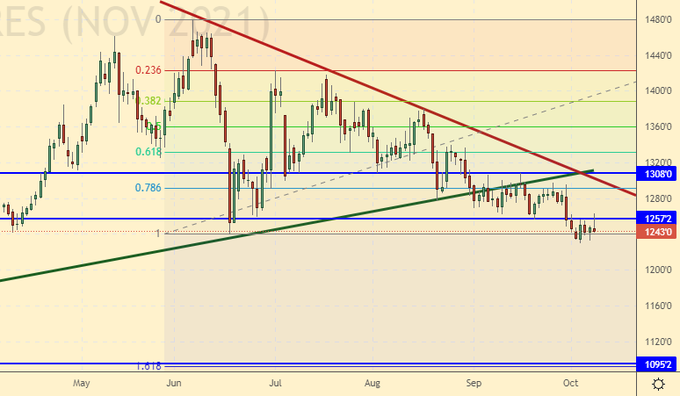 Growth scenario: considering the March futures, the expiration date is February 28. Can be purchased at current levels. The target at 23.20 is visible.

Fall scenario: we do not open new sell positions, we hold the old ones. 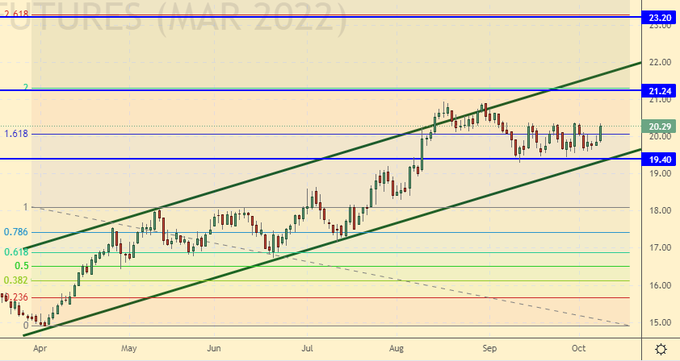 Growth scenario: considering the December futures, the expiration date is December 20. Growth prospects remain. We keep longs. we do not open new positions.

Fall scenario: most likely the bulls will be able to raise the market to 244.00. We do not sell. However, it is worth keeping an eye on the 190.00 area, if we go lower, the shorts will make sense. 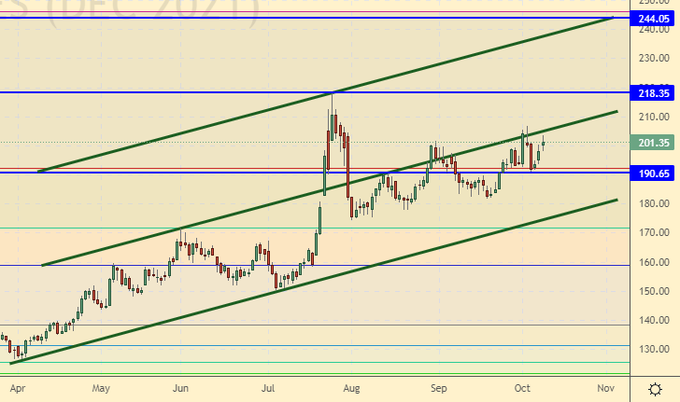 Growth scenario: the market is in balance. We continue to wait for either growth above 1800, or falling to 1650.

Fall scenario: it cannot be ruled out that gold will lose value. We keep the shorts that were opened earlier.

Purchase: think after a rise above 1800. 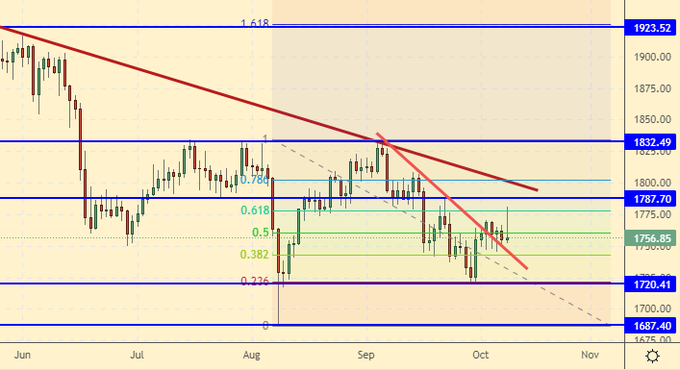 Growth scenario: reached technical support at 1.1530. You can purchase here.

Fall scenario: a rollback to 1.1670 is not excluded, there you can add to the previously opened shorts. 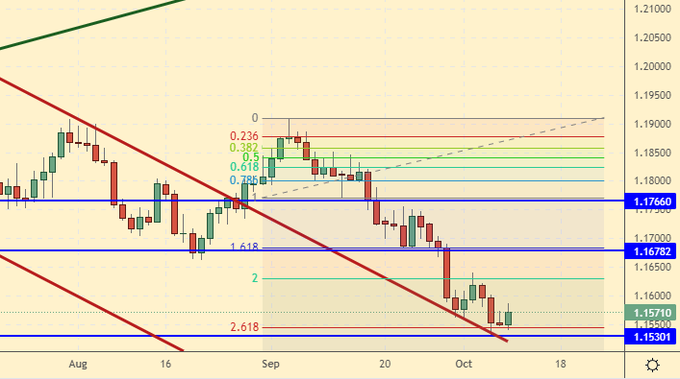 Growth scenario: oil is expensive, the pair goes down, and we do not bother it yet. When approaching the level of 70.80, purchases are possible.

Fall scenario: we will continue to hold the short opened seven weeks ago from 73.90. We do not open new sell positions. 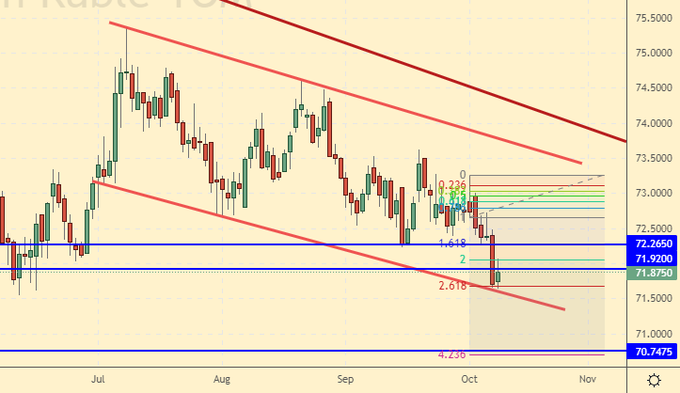 Growth scenario: we are able to reach the 193,000. Stronger growth is not yet visible. The purchasing levels are too high. We are out of the market.

Fall scenario: those who wish can sell when they approach 193000. We do not enter sell from the current levels. 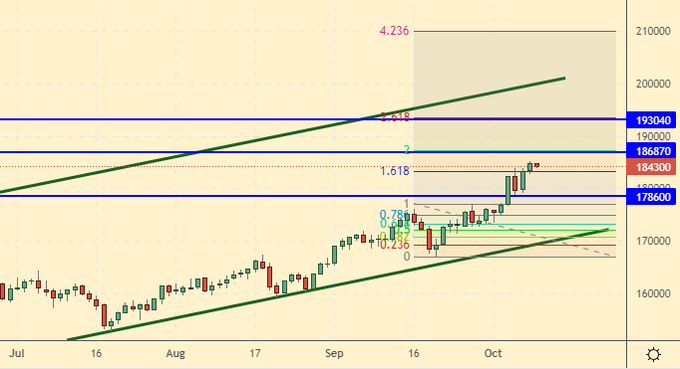